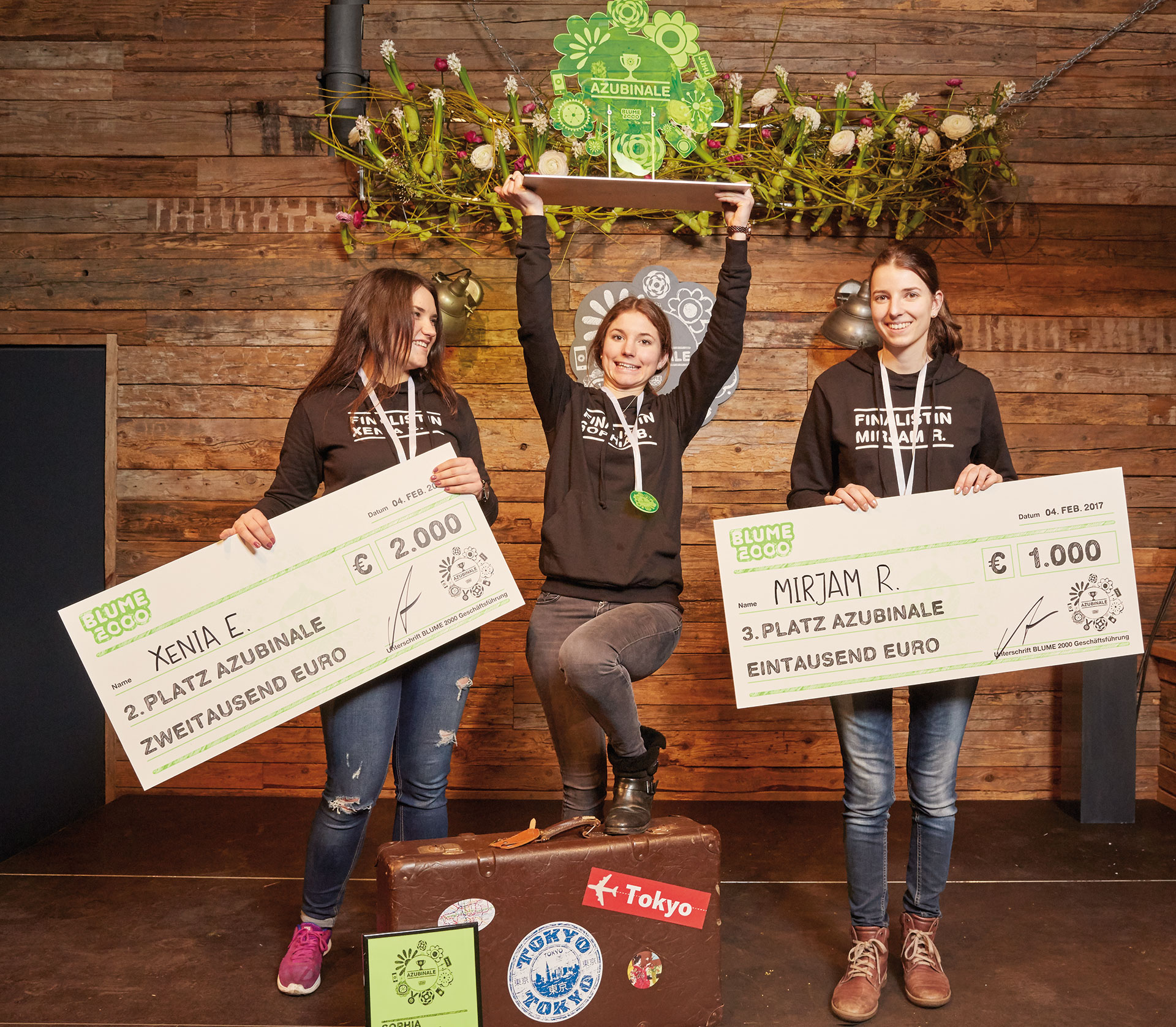 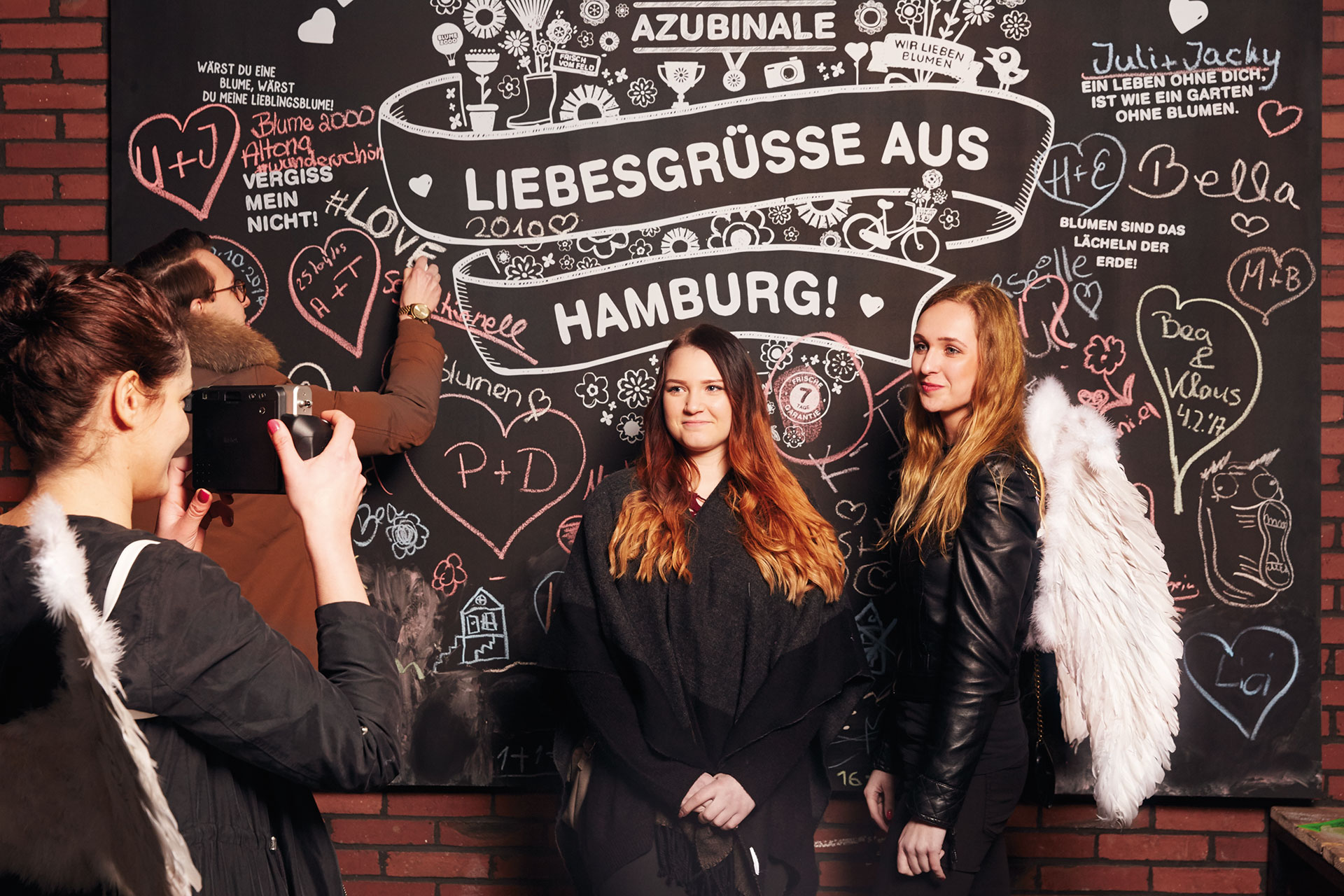 As part of the company’s commitment to supporting young talent, in 2016, BLUME 2000 launched a nationwide competition for young floristry apprentices called „Die BLUME 2000 AZUBINALE“. Floristry apprentices from all training grades are invited to take part in the competition by submitting their floral creations. At the grand finale on 4 February 2017 in Hamburg, the ten finalists – from a field of 150 entrants – were invited to demonstrate their skill to an expert jury. The main prize was a workshop at the Sogetsu School in Tokyo or a cash prize of €5,000. The winners were honoured at an event on 4 February 2017 at the restaurant „Alten Mädchen“  in Hamburg’s Schanzenhöfen complex.

We devised a campaign for the competition which communicated it and promoted media awareness, thus reaching both a broad audience and major industry stakeholders. Our campaign not only helped to create goodwill for the company and boost its image, but also showed how it was explicitly supporting young talents as well as enhancing the appeal of the floristry trade.

Have a look at some of our other BLUME 2000 case studies: