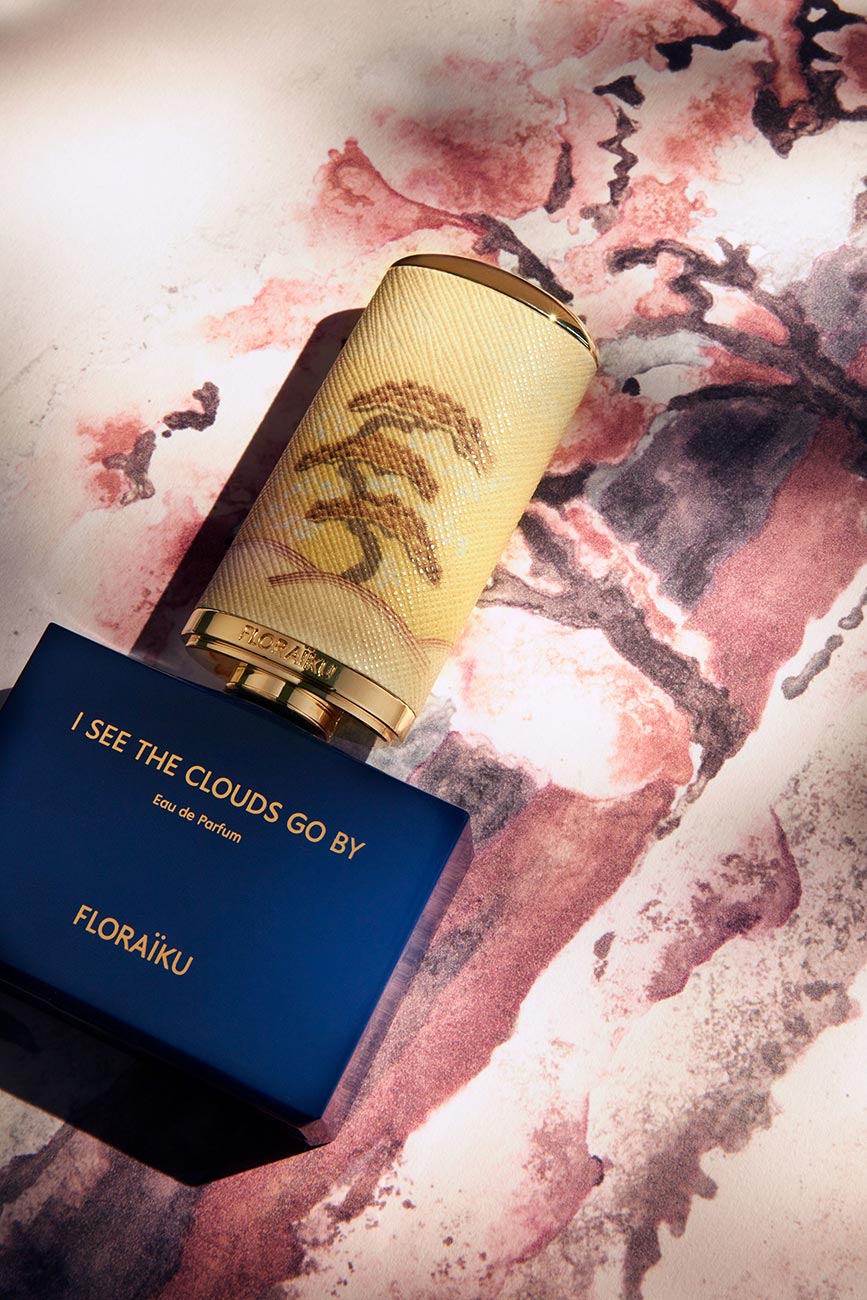 FLORAÏKU: The new label by Clara and John Molloy, the founders of MEMO Paris interprets perfume as a poem. The name is a portmanteau of FLORA, the world of plants, and HAÏKU, the Japanese poetry form. Haikus aim to capture the essence of a single, distinct moment and relate it to images borrowed from nature – with the greatest possible simplicity and brevity.

This is the vision that was applied to the perfumes in the collection, which are all elegantly simple and contain an exceptionally high proportion of natural plant extracts (at least 50%). The fragrances were created by the perfume artists Aliénor Massenet and Sophie Labbé.

The nine perfumes are grouped in three ranges, which are called the Ceremonies: Secret Teas and Spices, Enigmatic Flowers and Forbidden Incense. FLORAÏKU’s radical break with customary perfumery comes with its Shadowing™ concept: each of the nine core scents has two additional fragrances, which can be applied individually next to the main scent. They act as a shadow for the base fragrance: the Light Shadow adds a clear, light note, while the Dark Shadow contributes a mystical, dark layer.

All light, no shadows – that’s how you could describe redroses’ PR work for this young label. We launched the band on the German market and very successfully positioned it in the niche fragrance segment.

The Eatalian
Scroll to top